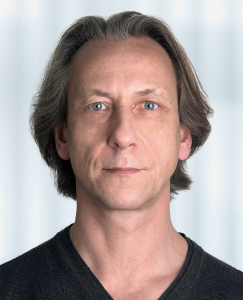 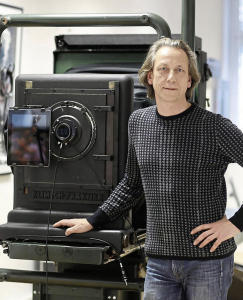 As the evolution of digital image editing eliminates the distinctiveness of the visual vocabulary, the viewer of photographic images is increasingly confronted with drably uniform visual languages.

Digital post-editing today allows repairing virtually every mistake and achieving any desired aesthetic result, but at a great cost. Where any result can be produced from any original image, seeing and sensual perception lose their value and significance, as does the technical and manual process of capturing an image. Josef Dreisörner rejects this current approach to the photographic workflow radically.

His KLIMSCH UNIKAT portrait shots yield perspectives of the human visage with downright surgical precision – an aesthetic approach which may feel alien at first, but is intentional in its expressiveness. Although still committed to high aesthetic standards, in most Josef Dreisörner’s still lifes do not focus on aesthetic issues. Rather, it is his concern as an artist to draw the viewer‘s attention to socially relevant themes. The choice of this subject must indeed be considered as unusual. The fact that the viewer initially reacts in a disturbed manner is a matter of calculation. Only a longer engagement with the work reveals on the one hand the theme that moves the artist, on the other hand it deliberately leaves room for interpretation and should invite further discussion.

Such pictorial statements are mainly realised by means of so-called large-format cameras. Of particular note is the Klimsch Praktika reproduction / process camera built in 1957 with a film format of up to 50×60 cm (20×24 Inch). Photographs are taken analogue on black-and-white film or with direct exposure on black-and-white positive photo paper. When using the positive photo paper the captured image cannot be reproduced in analog photographic technology, and there is no option of analogue or digital post-processing. The captures on film are realized by means of the Palladium /Platinum Print process. Due to the 50×60 cm film format of the Klimsch Praktika reproduction / process camera, he is one of the few photographers who is able to produce analogue negatives and thus Palladium /Platinum Prints with a size of up to 50×60 cm (20×24 Inch). In this process, hand prints are made on natural paper whose incomparable quality, aesthetic beauty and permanence were already appreciated by the pictorialists of the 19th century.